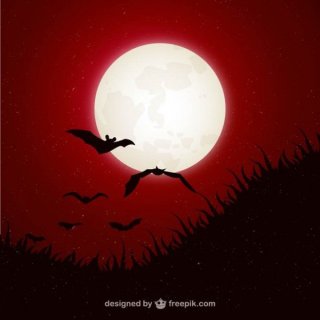 Certainly we craft stories out of words, but some of my favorite stories are the ones the very words contain, and that we often overlook.  I became enchanted with word histories, or etymology, in grad school, when I studied multiple medieval languages—some Romance languages, some Germanic—and saw the same words in different classes and then watched their meanings change as time passed. Linguists talk about languages developing like trees.  It’s certainly true they live and grow and branch out.  I’m more interested today in individual words, which feel a little more like people to me, with cousins in other branches of the family tree, a history to trace, and a story to tell.

The story of words always comes up in my Chaucer class, where we work toward reading Middle English.  The first week we always go slowly, getting to know the language.  I spend a good bit of time trying to make it seem more familiar than it might look at first sight (or certainly than it sounds at first listen).  As we worked through that first sentence that so many students memorize, “Whan that Aprille, with his shoures soote, the droughte of March hath perced to the roote,” we paused and made sure we found all the cognates.  ‘Whan’ = when (never trust a vowel!), ‘shoures’ = showers, etc. We stopped at ‘halwes.’
Chaucer says pilgrims everywhere are headed “to ferne halwes.” I assured my students they knew these words.  ‘Ferne’ contains ‘far;’ you can see it in there (especially if you’ve learned never to trust a vowel), and ‘halwes’ is just ‘hallows.’  Blank stares.  Hallows—you know, like All Hallows’ Eve. Enough impatient faces that I realize we’re losing that idea, and I shift gears in to story-telling.
Hallow is an old word related to ‘holy,’ basically.  One can have hallowed objects—things that have been made holy, like the items present in a mass, or something holy can actually be a hallow, like the holy grail or the spear of Longinus, or… Harry Potter fans… the Deathly Hallows.  So Chaucer’s pilgrims were traipsing off to visit hallowed places and objects.  Holy things.  Taking, in fact, some holy days.  “Holidays” is just a contraction of this. But we don’t think about Labor Day in a context of holiness anymore.  Neither do we, apparently, think of Hallowe’en in this context. But I do. Because it’s a great story.
In the Catholic and Orthodox faiths, where every day is a saint’s day, and people can celebrate both their birthday and their name day (the day devoted to the saint they were named after), one day a year stands out:  All Saints’ Day.  On the first of November all saints are worshipped, not just one or two, like St. Michael on September 29 or St. Francis on October 4, to name a few recent biggies.  There are various reasons that this may have come to be, but the one that appeals to me is the clash of the old pagan festivals at the end of the harvest, and the day of holiness that follows, honoring all the saints.  There is a powerful strain of death there—for the pagans, the end of the season, the end of productivity, the beginning of the death of the world, before it renews in the spring.  For the Christians, the day of saints is already a celebration of hundreds of dead people; it is easily extended to honoring all the dead.  All Hallows’ Evening, shortened to Hallowe’en (especially if you keep the apostrophe), is the celebration of the dead, an invitation to think about life, death, and life after death, and, you can see an easy story to be told about the thinning of the veil between worlds–more commerce between the living and the dead, for good or ill, depending on your approach.  Whatever you believe, this night has its history in holiness.  Hallows.
P.S.  I’m thinking of adding little “word-tales” more frequently, either as whole blogs, like this one, or as small additional tidbits on other blogs.  If you’d like more of this sort of etymology-as-story, let me know.  Thanks for reading!