I refer to myself in class as an architect’s daughter, to explain why I draw doors the way I do on Valhalla. Being an architect’s child shapes a number of ways I think and act, really. I draw multiple perspectives of buildings, yes, but I also write in the universal, architect’s block letter style when I want to make sure everyone can read my handwriting. (I have learned architecture students don’t even need to learn this anymore; AutoCad does it for them. Now I’m an old architect’s daughter.)

I also look at buildings for accessibility and earthquake resistance, as well as aesthetic features. It’s a different way of seeing the world, to be alert to form as well as function pretty much at all times. It means I marvel at clever drainage solutions and elegant lines of light and shadow. I grew up having him point out features of buildings on road trips and explaining seismic activity and flexible frameworks at home. It stuck, and it manifests in weird ways, when I just pop out with some random observation about an access ramp at the library or the structural integrity of a Lego tavern.

Of course he was more than an architect. He was also an aesthete—a lifelong collector of art and music. And he was an alcoholic, which I didn’t see when I was young, but now I attribute to a fairly crippling social anxiety. He was very smart, very empathetic, very curious, and very gruff. He was fastidious about the details of his life, and he was passionate about human rights and whether one should use canned shaving cream or soap and a brush (soap and a brush, of course).

He was an introvert, but family didn’t count as “peopling.” He was an Eisenhower Republican and an avid reader. He was happy camping, and he was a conservationist before we called them environmentalists. He lived in Nevada for 45 years, but I never saw him gamble once. He called me “kiddo;” I had an older brother and sister, who for him filled the normal slots of what was to be expected of boys and girls, so I was free to be whoever I wanted.

Because I am his daughter (and there will be another blog later for mom), I have an eye tuned to notice things I might not have, and it filters through most of my life. Because I watched him, I recognize patterns of behavior I see in my kids and understand them better. Because I learned that men could be gentle and still strong, I found a partner who has made me happy for 29 years and counting. Because he loved me, I learned how much power love has in the world.

It strikes me I should save this for his birthday or something, but grief works out of concert with time, and I don’t miss him any more on his birthday.

I have been mothered by so many wonderful people. Tomorrow is my mother’s birthday. She would have been 82. And I have recently worked on a podcast where the first installment was about fathering. And I’ve been thinking of my academic mothers, one of whom I actually refer to as Doktor-Mutter. All these things have gotten me thinking about mothering.

Is mothering different from fathering, for instance? Does one need both? I think we tend to associate mothering with more nurturing and protecting, and fathering more with providing and preparing, but in my house parenting is pretty gender-neutral, and I certainly wouldn’t say one gender has the market cornered on any of these actions 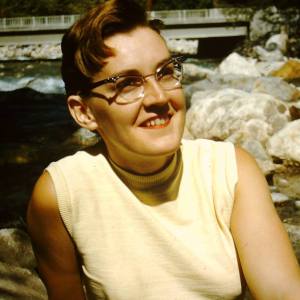 Yet, there are certain people whom I think of when I think of being mothered. My mom associated mothering with warm bread and secret treats when I was feeling bad. Her job was to make me happy, and she did it well. When I had to leave school because I was sick, the car always veered toward the donut shop on the way home. When I was overwhelmed with school, she brought me a glass of milk and sat with me while I worked, helping where she could and offering moral support if she couldn’t. When I was sad, she made it her goal to cheer me up. She didn’t always get me, but she always loved me, and she made lots of things easier on me.

But in truth lots of women mothered me. My aunt, who recognized the moderately predictable drama of a “smartie” who wasn’t challenged enough in school, had a huge impact on me. Because of her, I parent both of my kids better than I would have. I had a tenth grade English teacher, who, when I was confused and anxious, helped me understand that mental health was just as important as physical health. It was a lot easier to learn that language at 15 than later, I can tell you. 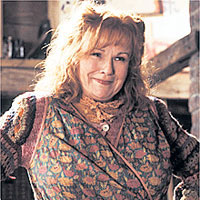 I had professors whom I think of in very motherly terms. One, a Germanicist who taught me Old Saxon, Gothic, and Latin, also taught me how to teach people and how to be a woman in academia, especially a married woman with children. One was a nun–my Doktor-Mutter—who praised my creation of a child as much as my creation of a dissertation, who calmed my tears when I thought I had nothing to say, who bought me oil paints and told me to be creative if I wanted to find my scholarly voice again. She prayed for me even though I didn’t pray for myself, and she called herself a mother of my heart.
And these are just the biggies. I have also been mothered by men—by my husband, certainly, when no one else could have, and by a professor whom I didn’t even take classes with, but who, out of sheer generosity of spirit, coached me to interview for jobs and built me up when I was most insecure. I have been mothered by faculty mentors at my job and by friends who made my well-being a priority, and I even think I have been mothered, if briefly, by strangers who have only shared a few minutes in a shopping line or at the PTA or in a hospital room.

It seems to me, then, that it is incumbent upon me to do my part–to mother my children, my loved ones, my students, my colleagues, the world. Mothering is serious business. I have to pay that stuff forward and backward and sideways and diagonally. I must not seem ungrateful. I think of Angela Carter’s Little Red Riding Hood, who “has been too much loved ever to feel scared.” That’s some powerful mothering. We’ve got work to do.

(These images are of my mother, Marlene Turner Baker, Molly Weasley as played by Julie Walters, and a fox mama and adoring kit that I found on the internet a while back and now can’t find an attribution for. And Angela Carter’s amazing retelling of Little Red Riding Hood is called “In the Company of Wolves” and collected in her volume, The Bloody Chamber. The wonderful podcast I was referring to above is Steve Zelt’s introductory offering on fathering at A Small, Good Thing, available here: https://www.youtube.com/watch?v=7Og6QvKASQc .) 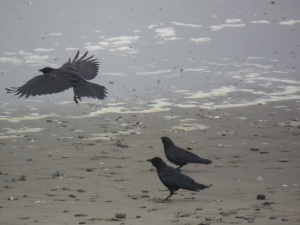 Have you ever noticed most fairy tale heroes and heroines have dead or missing parents? The obvious explanation for that is that kids need to forge their own identities in order really to mature.
Beauty doesn’t have a mom, and her dad actually gets in the way of her growing up. Cinderella’s mother is dead, and dad is MIA, so she has to negotiate the female authority in her household and to establish her mature, romantic relationship entirely on her own (once the godmother supplies the dress and shoes). Even Jack must leave his mom (no dad mentioned at all in most versions) and enter the giant’s realm without any guidance. In fact, he comes back and takes care of her; he’s translated from dependent to provider in a few pages.
Kids seem to need serious independence in order to mature and thrive.
But I’m rejecting that today, on the eve of my son’s 18thbirthday, and not feeling a bit guilty. Conflicted, maybe, but not guilty.
I moved out at seventeen. I moved in to a dorm for my freshman year of college, but I never moved back home. That was it. I had been working for a year, driving for nearly two, and I waved to my mom as she stood in the driveway in her bathrobe, and was gone.
Most kids don’t do that these days, especially in Los Angeles county. In fact, most of my kids’ friends don’t even drive. LA is a nightmare for traffic and hazards. My son doesn’t have a job yet. He’s not moving out. His independence is coming a bit later.
He is not alone. Many have noted the expanded adolescence. Laurence Steinberg’s The Age of Opportunity argues that adolescence is both starting earlier and lasting longer these days. Lots of kids aren’t moving out. They can’t afford it. And it’s not such a bad thing.
There’s a case for extended adolescence having neurological benefits. Their longer period of neuroelasticity is allowing them greater ability to learn later in life, both in terms of intellectual content (they have more spots in their brains to pin new information later on), and they have greater emotional understanding and impulse control.
However, there is a serious dearth of awesome stories about nineteen-year olds living with their folks.
Harry Potter doesn’t have parents, but he finds lots of surrogates. Percy Jackson has a mom, but he leaves for school like Harry, so she’s not solving any problems for him. Violet and Klaus (and Sunny!) Baudelaire are largely fending for themselves too, so our stories have not caught up to the culture.
I guess there’s nothing exciting about living in your childhood bedroom in to your early twenties. They can vote; they can be drafted; they can be arrested;they can smoke. But they’re not driving or working enough to support themselves. How do you parent them?
They’re legal, but dependent.
Maybe I’m just making a mountain out of a molehill. Maybe 21 is the new 18, and 25 is the new 21, and we just chill and move on. But seriously, someone ought to write the thriller about the 19-year old who has tremendous adventures and still lives at home. We could use a script down here.
Here’s some further reading, if you’re interested:
https://www.scientificamerican.com/article/extended-adolescence-when-25-is-the-new-181/
https://www.theatlantic.com/health/archive/2016/11/metaplasticity/506390/
Steinberg, Laurence. Age of Opportunity: Lessons from the New Science of Adolescence. 2014.